Which Ends First, the Chicken or Its Eggs?

A 60-year-old Laysan albatross, the oldest known wild bird in the United States, hatched a chicka few weeks ago in the Midway Atoll (a U.S. territory), despite the fact that most members of her species live only to 30. The geriatric bird, known to wildlife researchers as Wisdom, has probably raised three dozen offspring in her lifetime. Do birds go through menopause?

Sort of. Many experts reserve the word “menopause” for human females, because it represents a variety of physiological changes—declining levels of certain hormones, anatomical alterations, and the cessation of observable menstrual cycling—that don’t occur together in other creatures. Nevertheless, individual members of some bird species do eventually lay all their eggs and can, like humans, live a fairly long post-reproductive life. Endoscopies have revealed shrunken ovaries in macaws in their mid-30s, indicating that they’ve run out of eggs, but the birds can live up to two additional decades. There’s no evidence that they experience hot flashes or suffer declining bone density during their golden years. 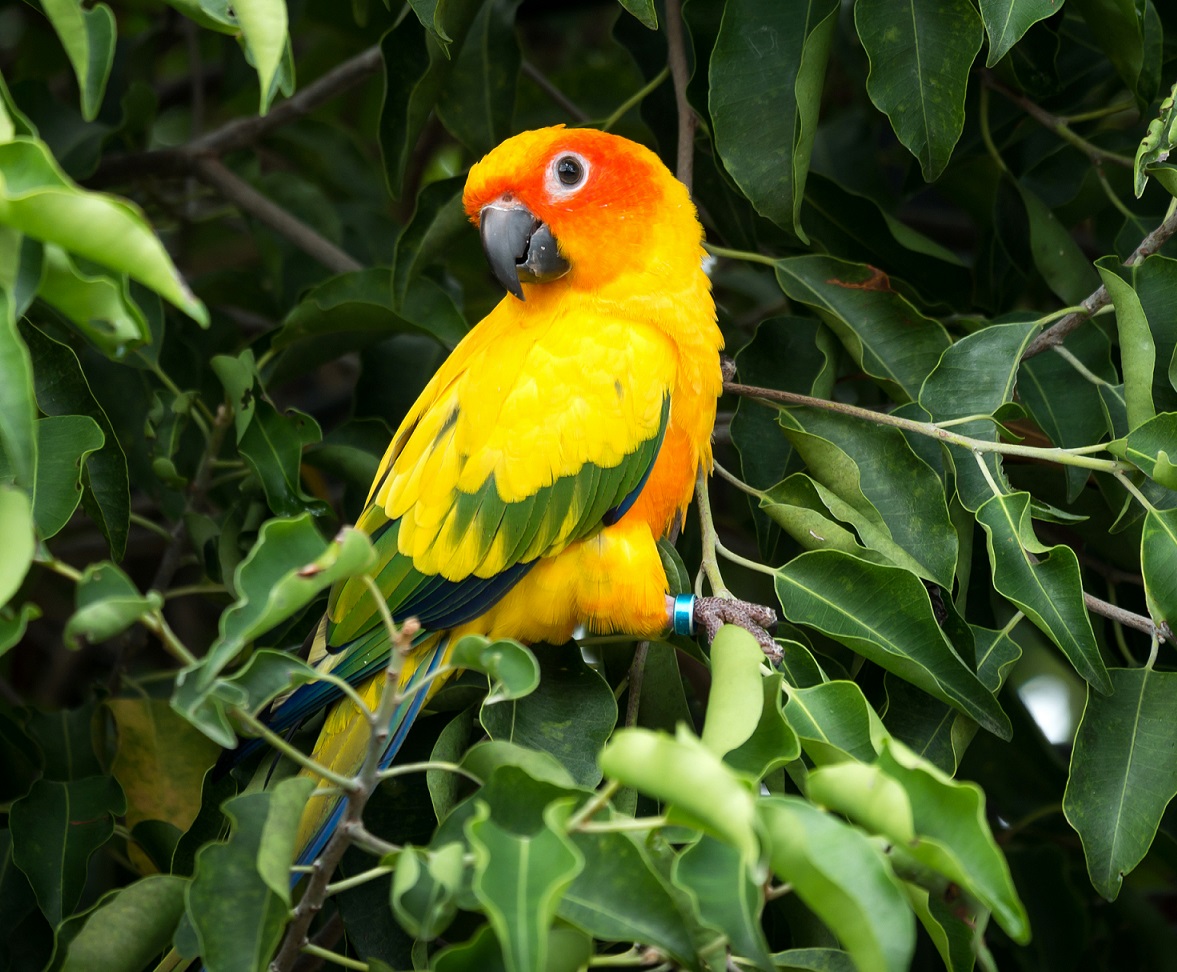 Parrots and macaws do a curious thing when their ovaries start to run low: Their egg production surges. This could be an attempt to offset their decreased reproductive efficiency. As a female bird ages, a lower percentage of her eggs are viable. Pumping out more eggs per month may give her a better shot at conceiving and hatching a healthy chick.

As chicken farmers know, a hen’s egg production slows substantially around age four. But that’s not a sign that she’s running out of eggs. Older hens are simply more sensitive to changes in diet or light, and they stop laying when living conditions worsen. They may also be “egg bound”—a condition wherein an egg has become stuck on its way from the ovaries to the outside world, blocking future production. In other cases, a hen tries to pass an extra-large egg, which forces a larger than normal segment of her oviduct out of her body, rendering it unable to return. Because these incidents are more common in older birds, the problem is sometimes erroneously attributed to menopause.

Several nonhuman primates also outlive their reproductive usefulness. Wild chimpanzees’ menstrual cycles lengthen continuously from their 20s into their 30s, at which point many stop ovulating. That means they can live a good decade without releasing an egg. A few fertile chimps cycle into their 50s, suggesting that, as with chickens, “menopause” can be brought on by suboptimal living conditions. (Like humans, older chimp mothers miscarry more often.) Baboons and Rhesus macaques stop cycling in their mid-20s, with a few years left to live. There is some evidence that gorillas and orangutans stop ovulating in their later years, but it’s not clear how long a post-reproductive orang or gorilla usually lives.

Most older mammals, and even some fish, also stop releasing eggs, although shorter life spans in the wild make post-reproductive lives relatively short. Researchers aren’t exactly sure why humans, evolutionarily, are capable of carrying on so long when they can’t procreate, compared with other creatures. Some theorize that it increases the likelihood that a mother will survive delivery and live long enough to raise her children. In addition, women who aren’t menstruating might have more energy to devote to protecting their children. Others note that menopause prevents fertilization of old, damaged eggs. Finally, advocates of the “grandmother hypothesis” argue that a woman’s extended post-menopausal life provides an extra set of hands for child-rearing.

END_OF_DOCUMENT_TOKEN_TO_BE_REPLACED

Many people think all the birds fly south for the winter. They might be very surprised to learn...

END_OF_DOCUMENT_TOKEN_TO_BE_REPLACED

Hybrid macaws are unlike any other macaw species out there—they are crosses of many popular macaw s...

END_OF_DOCUMENT_TOKEN_TO_BE_REPLACED

Recently there has been a surge of interest in the large macaws. Much of this interest has been in t...