Which Birds Produce the Most Hybrids?

For keen birders, a search for wild hybrids can be an absorbing challenge. As a cross between two full species, these birds may not count as anything on our lists, but it’s still exciting to see them. Hybrids are rare-yet-possible in practically all major avian categories, though a few groups are known for mixing it up more than average. Among ducks and among hummingbirds, for example, blends of species turn up surprisingly often. 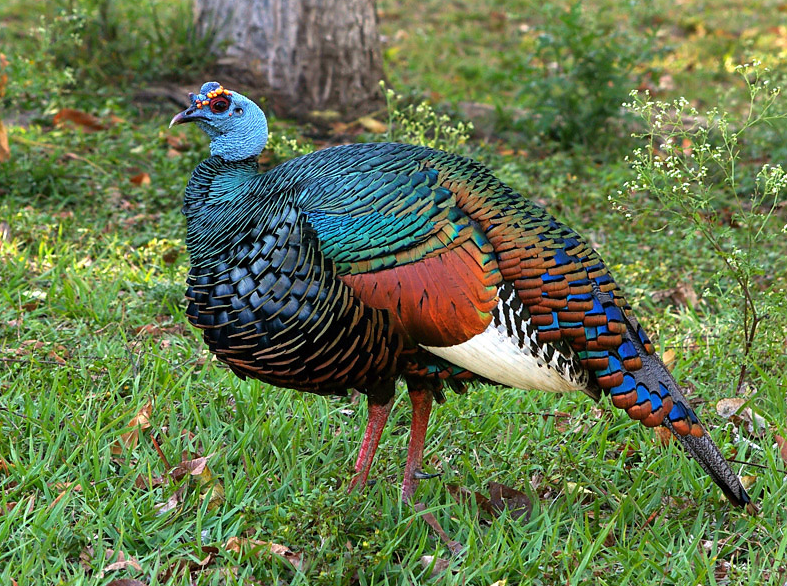 At first glance—and even at a long, careful second glance—ducks and hummingbirds might seem about as different as any two groups of birds could be. However, they have some traits in common when it comes to mating systems. Typically in both families the females wear cryptic camouflage while the males, adorned with colorful plumes, put on elaborate courtship displays to attract attention from mates. If not shown enough interest, the males in both species might aggressively pursue the females.

Also, neither of these families is known for responsible fatherhood. Hummingbirds form no pair bonds at all—they mate and then split, and the male goes looking for another date. Male ducks typically remain with their mates until about the start of incubation, but often they actively pursue other females on the side. And in both ducks and hummingbirds, the females do all the work of incubating the eggs and caring for the young; so if the male is from the “wrong” species, there’s no problem caused by different approaches to parenting.

It isn’t totally clear why these traits should lead to more frequent hybridization, but these two groups are famous for their variety of mash-ups. Birders watching hummingbird feeders in the Southwest or studying duck flocks anywhere on the continent are advised to stay alert for weird and wonderful individuals that don’t fit the marks of just one species.

Knowing these patterns—gaudy and promiscuous males, females that function as single moms—we can look around for other avian groups that fit the profile. The birds-of-paradise of New Guinea, which have unbelievably colorful, ornate males, also produce a variety of odd hybrids.

In gulls, we get a different phenomenon.

In gulls, we get a different phenomenon. Rampant interbreeding isn’t a trait across the entire family; smaller gulls don’t hybridize any more frequently than other kinds of birds. But among the larger gulls, every combination seems to be on the table. In the Pacific Northwest, Western Gull and Glaucous-winged Gull hybrids can outnumber either of the parental species. In southeastern Alaska, Glaucous-winged Gull and Herring Gull hybrids are common. Across the Arctic, Herring Gull and Glaucous Gull hybrids show up frequently. And Iceland and Thayer’s Gulls are so mixed up, they were summarily lumped into one species last year. Numerous other examples appear all around the northern latitudes.

Well, what’s up with these birds? Evidently, several of the large, white-headed gulls of the north have evolved and separated into species only recently. They haven’t had enough time to become reproductively isolated yet, so when their populations meet again, they end up interbreeding with their close cousins. That doesn’t mean they’re all going to be lumped into one species—but they do present endless ID challenges for birders.

One other category that’s prone to breeding across boundaries: birds in captivity. The unnatural surroundings of aviaries seem to break down some constraints. Even species that live side by side in the wild, without ever producing hybrids, may mix it up when they’re brought into captivity. And of course, captive collections bring together many species that would never cross paths out in the natural world. So, if you’re birding in the zoo, remain alert. You might see some truly bizarre hybrid combinations.

END_OF_DOCUMENT_TOKEN_TO_BE_REPLACED

Many people think all the birds fly south for the winter. They might be very surprised to learn...