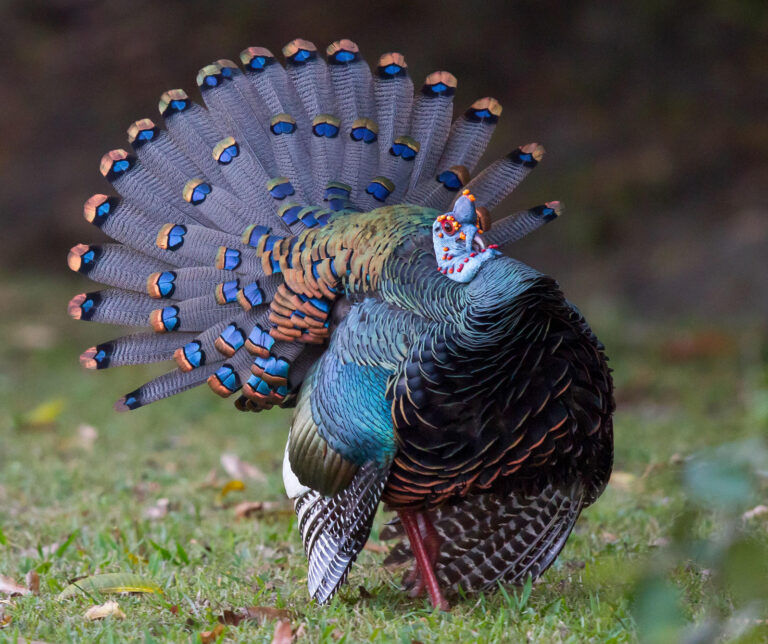 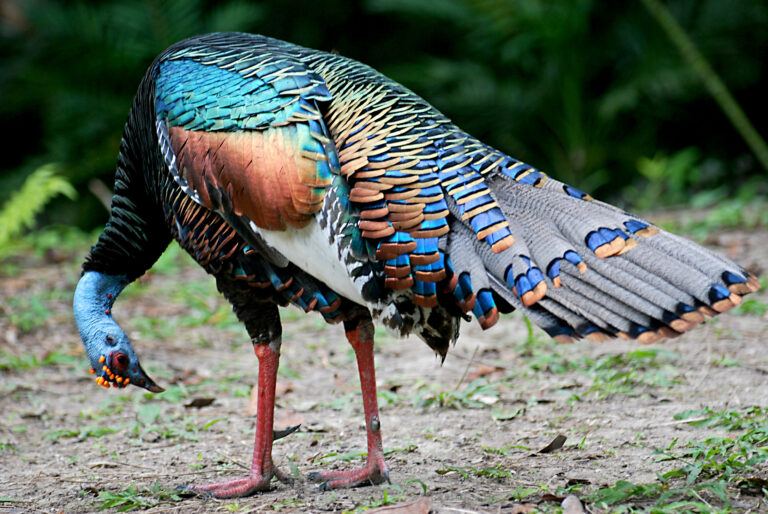 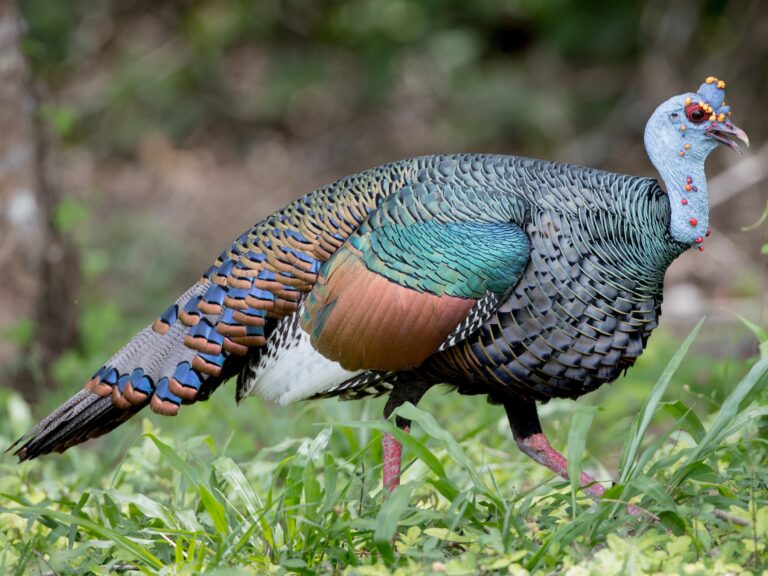 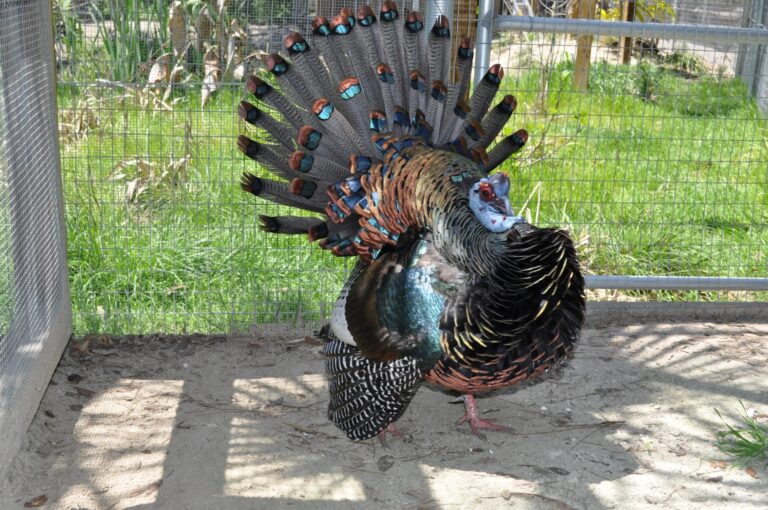 The Ocellated Turkey is a large bird around 70-90 cm long and 3 kg (female) to 4 kg (male) weight. In the past, it has sometimes been treated in a genus of its own, as Agriocharis ocellata, but the differences between this species and Meleagris gallopavo are too small to justify generic segregation.

The male ocellated turkey has a bluish neck. Running across the back and on to the lower neck are glossy bronze or green feathers. They have whitish flight feathers. Their body ends with a broad tail that has blue and coppery patches.

On their head there are no feathers. The bare blue skin is visible. This is patterned with small, red warts known as nodules. Males typically have more of these warts. In the male a bright ring is present around the eye.

During the breeding season the males eye ring and warts becomes more prominent.

The female has a pinkish bill and overall duller plumage. Their eye is colored brown. The legs and feet are colored red. On the back of the males leg is a large spur. 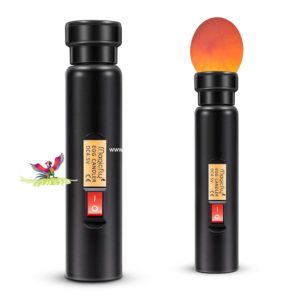 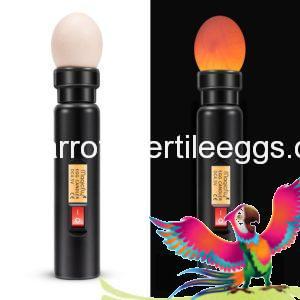 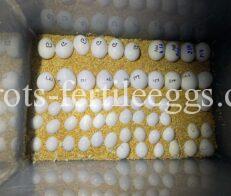 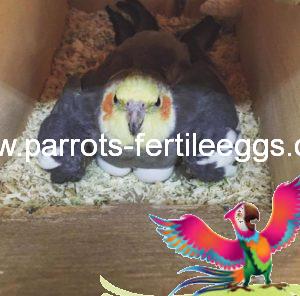 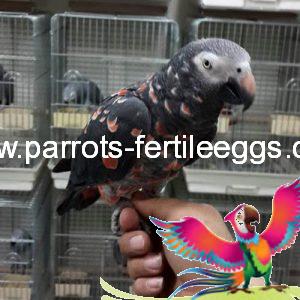 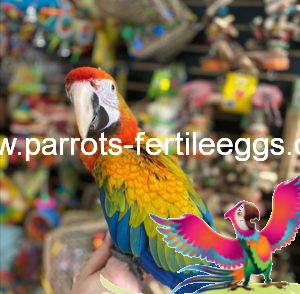 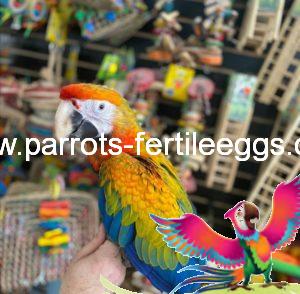 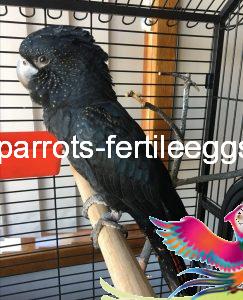 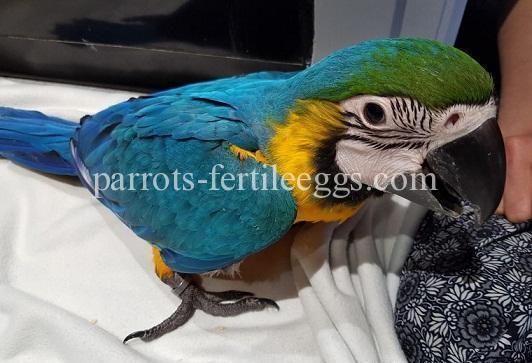 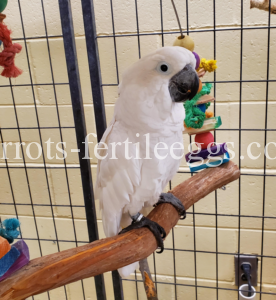 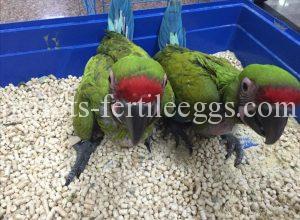 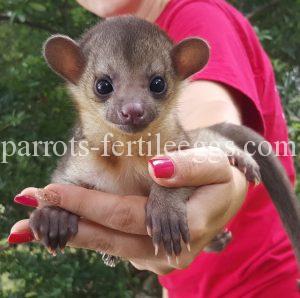 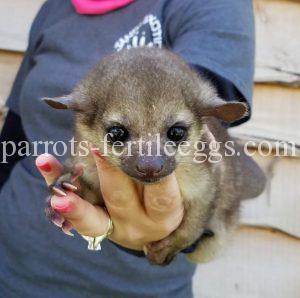 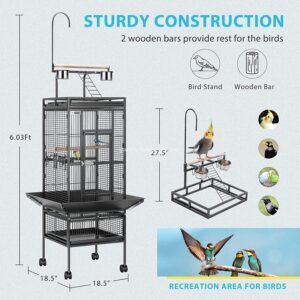 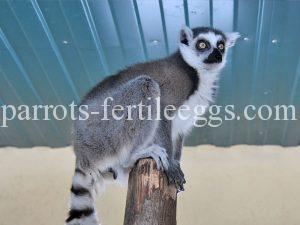 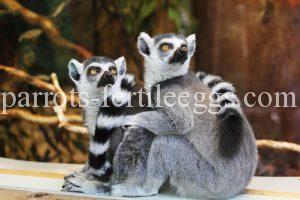 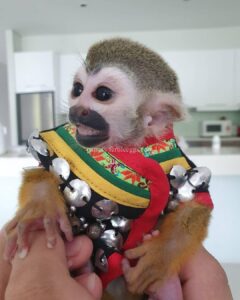 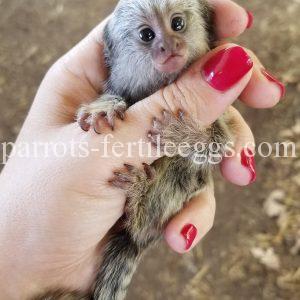 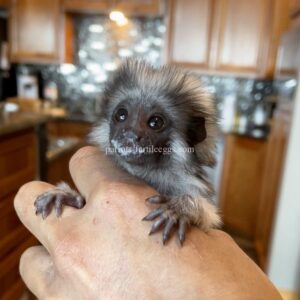