The Moluccan cockatoo is a favorite among bird fanciers due to its striking appearance and wonderful temperament. Moluccans are also called salmon-crested cockatoos because of the salmon-pink feathers that comprise most of their head crest, which they will display when they are excited, angry, afraid, or thrilled with something. 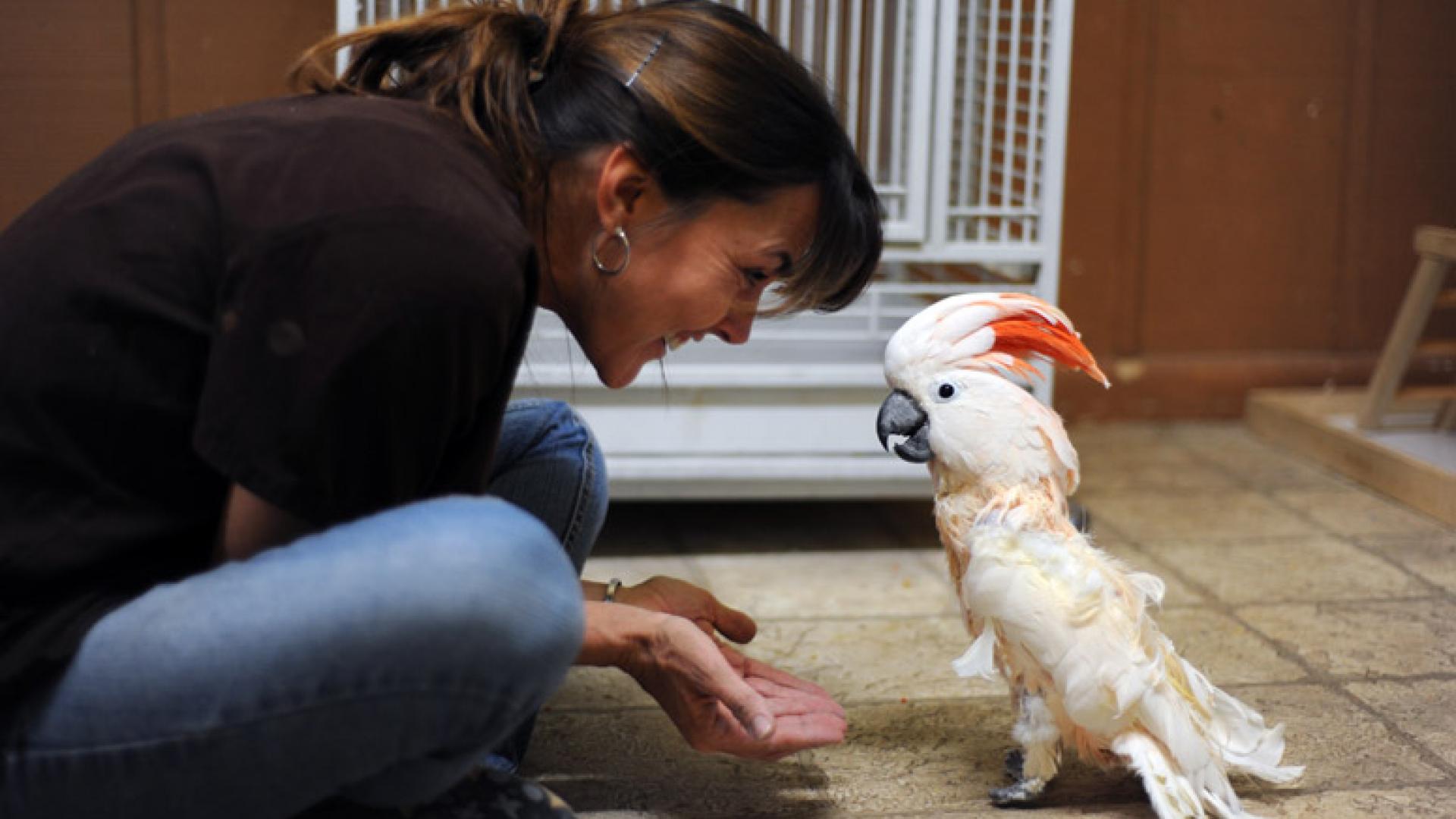 The Moluccan is a large bird, one of the largest white cockatoo species, but can range in size, reportedly because the region in which they are found in the wild is large enough to support sub species. The Moluccan cockatoo is a rosy-pink color, with the depth of the pinkness varying per individual.

Moluccan Cockatoos are some of the chattiest parrots you’ll ever meet. While they are average talkers, learning a few simple words to repeat, they are best known for their mimics. In an attempt to mimic human speech, these parrots will go on and on with their comical representation of ordinary conversations. The result is a hilarious, goofy mumbling with a couple of discernible words thrown in. Even though Moluccan Cockatoo can be noisy at times, they usually get away with it- it’s hard to resist their adorable silliness!

The graceful and elegant look of the Moluccan Cockatoo will impress anyone. They are entirely white, with a subtle rosy tone which leans heavily to a light pink color. The underwings are a light yellow color, and their unique crests are hiding a patch of vibrantly colored pink feathers. This soothing combination of colors makes the Moluccan Cockatoo nothing short of a beautiful, one-of-a-kind bird.

The Moluccan Cockatoos are very beautiful, intelligent, lovable and affectionate birds. Moluccans are very aggressive chewers who need a steady supply of toys and perches to destroy. They have extremely destructive beaks.

They have piercing, loud voices, which can carry for long distances. They tend to vocalize at least twice each day in the morning and evening and are not suited to either apartment dwelling or closely spaces houses. Moluccans need roomy cages, exercise and things to keep them busy and not bored. They are one of the species more prone to feather plucking. They can be taught many tricks and some are very good talkers. In the early morning and late afternoon they can be rather loud when they call their flock/family.

Moluccan Cockatoo As A Pet

If you are the right person to adopt a Moluccan Cockatoo, you may well find that you’ve made a friend for life. It can mimic human speech. It’s unusual in that the Moluccan Cockatoo is one of the few “lap birds” and acts more like a dog than a bird sometimes. An untrained Moluccan is better off in the wild.

Ideally, the well-behaved Moluccan is cuddly and whispers sweet nothings in your ears, preens your eyelashes lovingly and tenderly, is devoted to you and only you. At their worst, they may scream incessantly if not given enough attention, mental stimulation or sleep. If you live in an apartment, don’t think of keeping a Moluccan cockatoo as a pet. It is too noisy to be kept in an apartment.