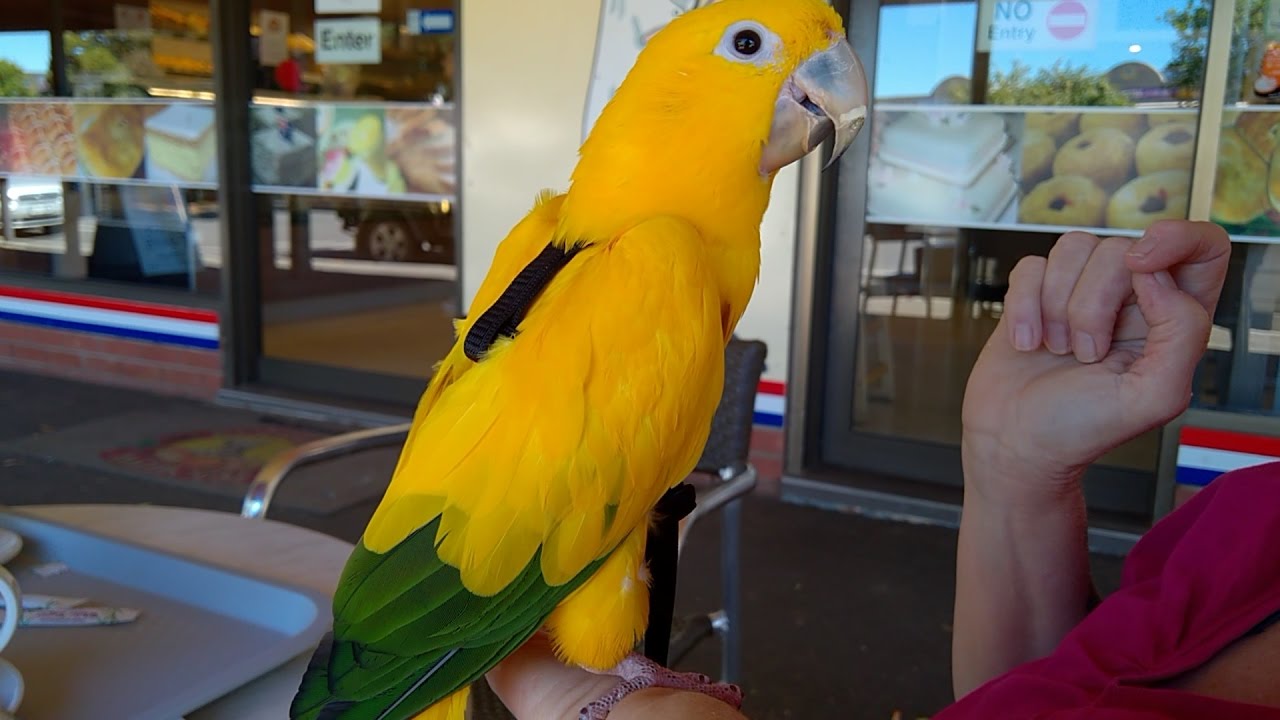 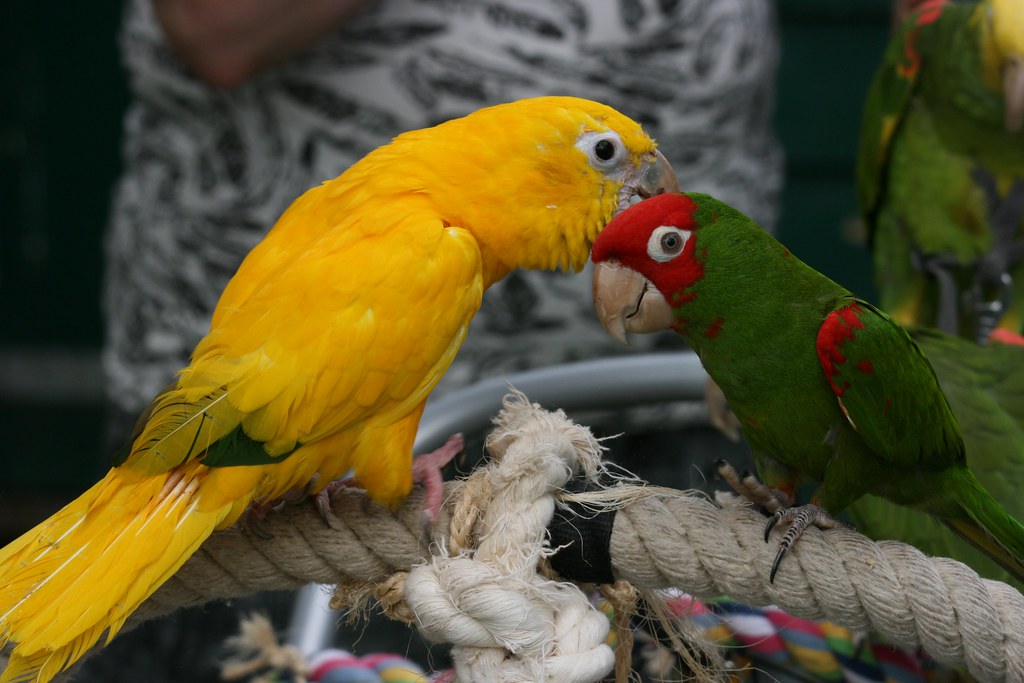 Golden conures are often mistaken for macaws because of their larger head and beak. The tell-tale difference is that the conure’s tail is much shorter than what you’ll find on macaws.

Mature golden conures are a bright yellow color all over their bodies. The only exception is the tips of the flight feathers, which are dark green in color. They have a bald ring around their eyes, horn-colored beaks, and pink legs and feet.

Juvenile golden conures can be identified by green speckles in the yellow plumage of the body.

Caring for a Golden Conure

Golden conures are affectionate, beautiful, and intelligent, making them excellent pets. Unfortunately, they are rather expensive and nearly as rare in captivity as they are in the wild. They can be quite hard to find as their sale is heavily regulated both in and outside of the United States.

Don’t worry, though, if you have your heart set on owning a golden conure, it is possible. You may just have to jump through some hoops to make it happen. For example, you and the seller will both need a permit from the U.S. Fish and Wildlife Service in order to purchase a parrot from another state. Do plenty of research on what’s required before you adopt. To locate a golden conure breeder, a great place to start is Bird Talk magazine’s breeder directory.

If and when you are able to locate an available golden conure, you will be rewarded with an incredibly entertaining and interactive pet. Owners report that their birds have been able to learn many fun tricks, develop impressive vocabularies, and even seem to speak in context at times.

It’s important that your bird does not feel confined most of the time. The golden conure’s high energy level needs to be taken into account when selecting a cage. It should be large enough to give him room to roam, climb around, and burn energy. They rarely fly in captivity but that doesn’t mean these acrobats will be happy in a smaller dwelling.

Golden conures in the wild normally feast on a varied diet of fresh fruits, vegetables, nuts, berries, and grain. Feeding an equally diverse diet is best and will ensure your bird remains healthy. It should consist of fresh foods like fruits, nuts, berries, and vegetables, along with high-quality commercial pellets. This combination will ensure that pet conures receive adequate nutrition.

Cockatoos are birds in the parrot family that have a crest of...