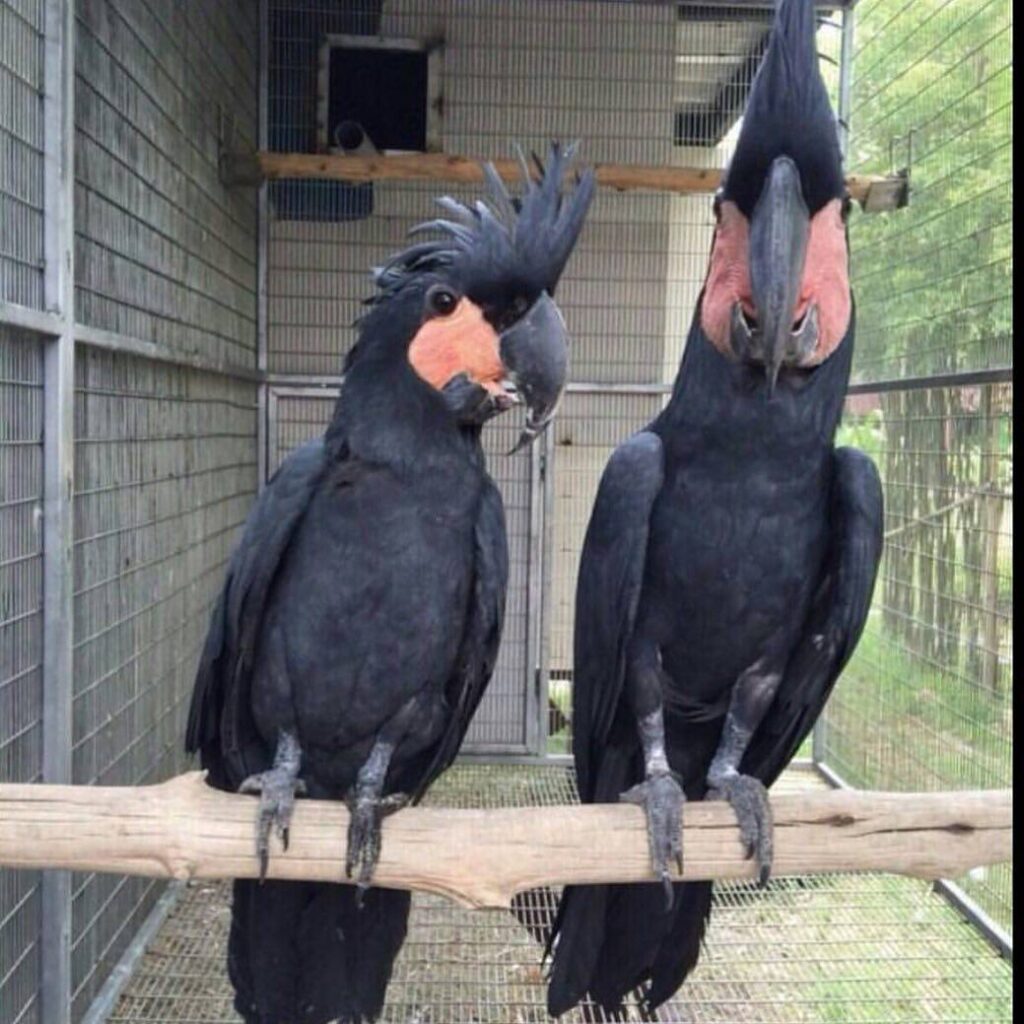 The black palm cockatoo is the largest of the cockatoo species, popular as pets all across the world, despite the expensive costs that go into acquiring one. It is native to North Queensland in Australia and the island of New Guinea in the Pacific.

This large companion parrot has a scientific name of Probosciger aterrimus and goes by a number of other common names such as the Black Macaw, Great Black Cockatoo, and Goliath Cockatoo. There are three subspecies that vary slightly in size.

Black Palm Cockatoos measure about 20 inches (51 cm) in length and weigh between 31 and 42 ounces (910-1200 g). Males and females have an identical appearance so DNA testing is required to determine their gender. The birds are almost totally black, with bare crimson cheek patches.

Sounds and Appearance of the Black Palm Cockatoo

The Black Palm Cockatoo is completely black or smoky gray with the exception of a bare, red patch on its cheeks. This patch gets brighter or darker if the bird is excited or feels threatened. Only the Hyacinth Macaw has a larger beak, and the Black Palm’s is extremely strong, allowing it to feed on hard pandanus nuts in its native setting.

In the wild, this cockatoo has many different calls of a higher-pitched variety than Sulphur-crested cockatoos. Calls range from wavering whistles to loud screams. They can learn to mimic human voices and are considered one of the best talking cockatoos. Black Palms are very loud, making them unsuitable for many home situations. Below is a video of a group of Black Palm Cockatoos living in the wild:

The temperature should never go below freezing. Provide a retreat for the bird to move into to hide from direct sunlight.

Black palm cockatoos have resourceful and intelligent personalities. They will require constant interaction and adequate training from a reasonably young age for them to be at their friendliest. 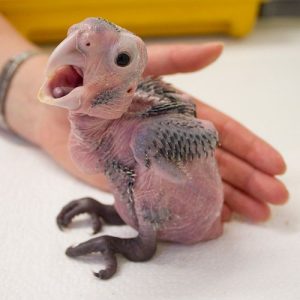 You can feed it pine nuts, walnuts, and almonds as well as maize, wheat, and corn. 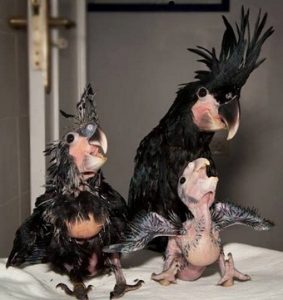 Owing to its size, one should take utmost care while handling the black palm cockatoo. You may throw a towel onto your bird’s head to pacify it, while a well-trained bird can be controlled by grasping its head with one hand and the legs with the other. Keep an eye on the cheek crests, an excited bird’s crest will give away its psychological dismay.